Pirates of the Mediterranean

68 B.C. A group of disaffected people attack the Roman port of Ostia, kidnap two senators and their staff, destroy a consular war fleet and trigger a sequence of events that result in sweeping changes to citizens’ rights and ultimately lead to the downfall, in the opinion of many scholars, of the Roman Empire.

2001 C.E. September 11. A group of ——— [fill in the blanks] or read this OpEd piece in the NYT by Robert Harris. I first came across this article and a discussion of it at The Polemicist blog. 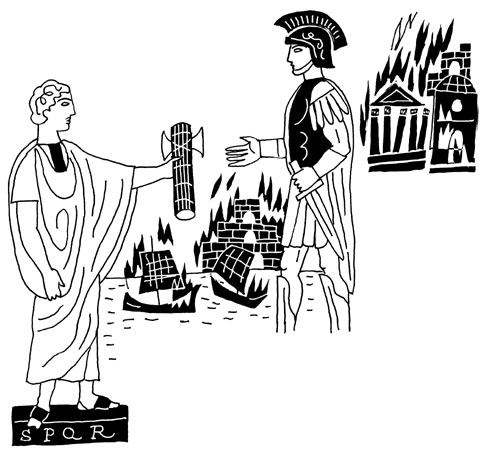